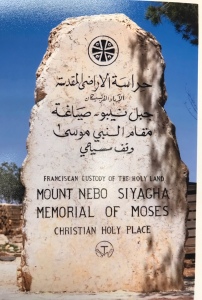 Moses has often been called, “the greatest leader of Israel’s history.” Yet the Bible also describes him as “the meekest man in all the earth” (Numbers 12:3). He wasn’t always like that.

During the first 40 years of his life, Moses probably thought he was something special. Rescued from the reeds of the Nile River as an infant, he lived a charmed life in the palace of the king of Egypt. One day, he saw an Egyptian beating a fellow-Israelite, so he intervened and killed the man.

He fled for his life and came to the land of Midian, where he spent the next 40 years caring for the flocks of his father-in-law. He learned survival skills in the desert, an invaluable asset which God would use during the last third of his life.

One day God called Moses from a burning bush and commissioned him to lead His people out of Egypt following 400 years of bondage. Moses then led the Israelites on the Exodus through the Sinai desert, across the dry land at the bottom of the Red Sea, through Midian, around Edom to the brink of the Promised Land. Along the way God miraculously provided food and water for His people day after day.

On one occasion, Moses was commanded to speak to a rock so life-giving water could flow from it. Instead, because of his frustration with the griping of the Israelites, Moses struck the rock in anger. That one act of disobedience prevented Moses from entering the Promised Land (Numbers 20:12).  That might sound harsh, but God was emphasizing for all of us, and for all-time, that He cannot tolerate sin.  His standard is not 99%. His standard is absolute perfection. Anything less cannot be tolerated.

Moses was prevented from experiencing the land of promise because he did not uphold God’s holiness among the Israelites. (Deuteronomy 32:51).  Here’s the question everyone should answer: How am I preventing God’s blessing by my own disobedience? Is there some area of my life where God cannot pour out his blessings because I am not sensitive to Him?

Prayer of reflection:  Lord God, what have I permitted in my life that is hindering the work you want to do in me and through me?